Why most International Alternate kits are so dull

If you’ve been watching International Rugby for any decent amount of time, you will have noticed that the vast majority of teams have alternate kits, much like domestic teams. However unlike domestic teams, International alternate kits tend to be dull and uninspired, made for perhaps one or two games in that kit’s lifetime to sneak an extra £80 off a loyal fan. Most domestic clubs do it right, they understand that the alternate kit won’t be worn or bought as much as the home kit so they go all out, free to have fun with no boundaries to tradition holding back the designers, often creating colourful and often times garish (but still fun) kits.

Here are a few from just the past few seasons:

All these shirts have received mixed reviews but at least they’re memorable and unique, they stand out in a way that an alternate shirt should. With International shirts it’s almost the complete opposite, and there’s a pattern that I’ll let you see for yourself

Notice anything?  If you look hard enough you might just notice there are some Rugby shirts hiding amongst the white background of this page. Other teams with kits like this include Canada, Romania and Uruguay. More often than not the only time you’ll find a non-white alternate international kit is because the home kit is predominately white in the first place. White is an easy, lazy option because it doesn’t clash with anything. Functionally it works great because it can be used against many teams but aesthetically it’s just so utterly bland.

The difference in quality is just astounding. In what turned out to be quite an amusing event, in 2014 South Africa made an April Fools joke that they would be playing in red against the Welsh that year instead of their usual white alternate kit, yet when they produced pictures they had actually made a better kit as a joke than the one they already had!

I do believe however that there is hope, and that hope has come from the French. France has traditionally had an all white kit like so many other teams, yet last season they bucked the trend by going with a lovely red instead but stayed with the same design as usual. This season they abandoned all sense of tradition and while white was still involved in this kit, it acts more of a canvas to the beautiful insanity going on around it 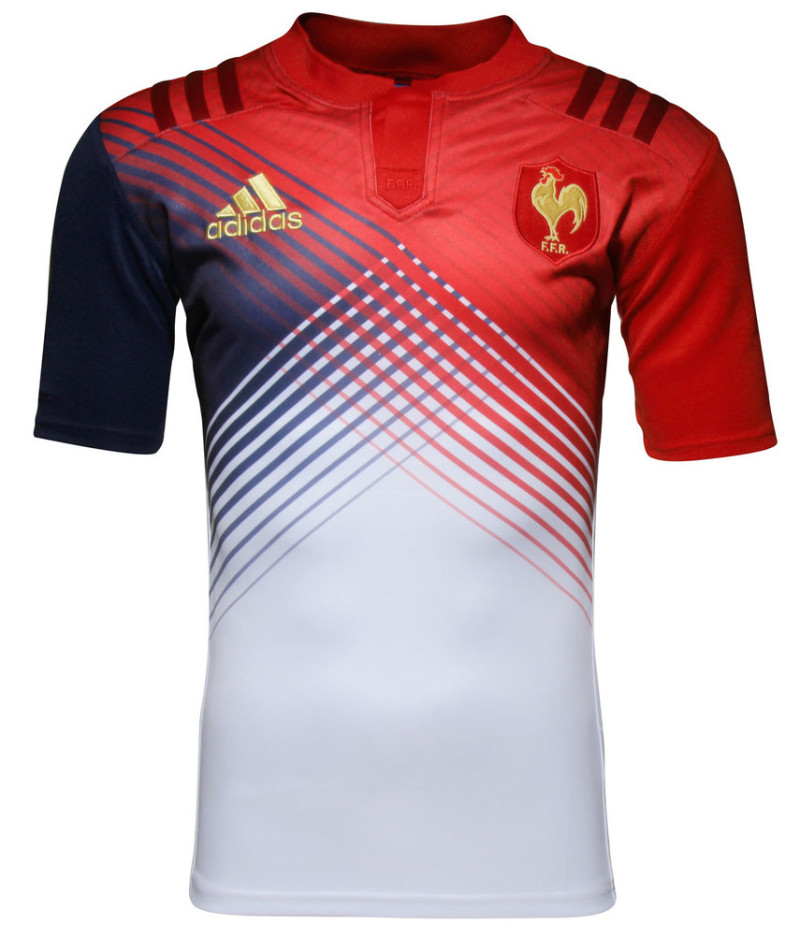 This is where the future of alternate shirts should be heading, leave the tradition to the home shirt and put all the fun in to the other one. Make something memorable and unique and most of all, make it worth the £80 it’s being sold for.